Muhammad was born Cassius Marcellus Clay, Jr. on January 17, 1942 in Louisville. Later in life, he abandoned what he called his “slave name” in lieu of the Muslim name: Muhammad Ali. Muhammad’s boxing career began as a child and by the time he turned 18, he had won six Kentucky Golden Gloves championships, two National Golden Gloves championships, two national AAU titles and a gold medal at the Olympics in Rome in 1960. Four years later, he went on to become Heavyweight Champion of the World, a title he earned three times during his boxing career. Ali has been inducted into the International Boxing Hall of Fame, named “Sportsman of the Century” in Sports Illustrated and in 1997, he earned the Arthur Ashe Courage Award. The following year, Ring Magazine named him number one in a ranking of greatest heavyweights of all time.

Muhammad Ali is one of a select few individuals to have transcended athleticism into a symbol of larger societal issues and it is the totality of his life and the core principles that have guided him that have made him one of the most beloved symbols of peace and well-being in our nation and the world. His awareness of the needs of the developing world has guided much of his good work. He has served as a symbol of hope and a catalyst for constructive international dialogue, has delivered sorely-needed medical supplies to an embargoed Cuba, provided more than 22 million meals to the world’s hungry, and helped secure the release of 15 U.S. hostages from Iraq during the first Gulf War. As testament to his work in developing nations, the United Nations named him a Messenger of Peace, and he was awarded the Presidential Medal of Freedom, as well as Amnesty International’s Lifetime Achievement Award. In September 2012, he was the recipient of the prestigious National Constitution Center Liberty Medal.

Beyond his international efforts, Ali is equally devoted to helping charities at home. In addition to co-founding the Muhammad Ali Center with his wife Lonnie, Ali hosts the annual Celebrity Fight Night in Phoenix, is involved as a founding member of Athletes for Hope, and contributes substantially to the awareness and research efforts of Parkinson’s disease. Muhammad Ali has proven that one person can change the world. 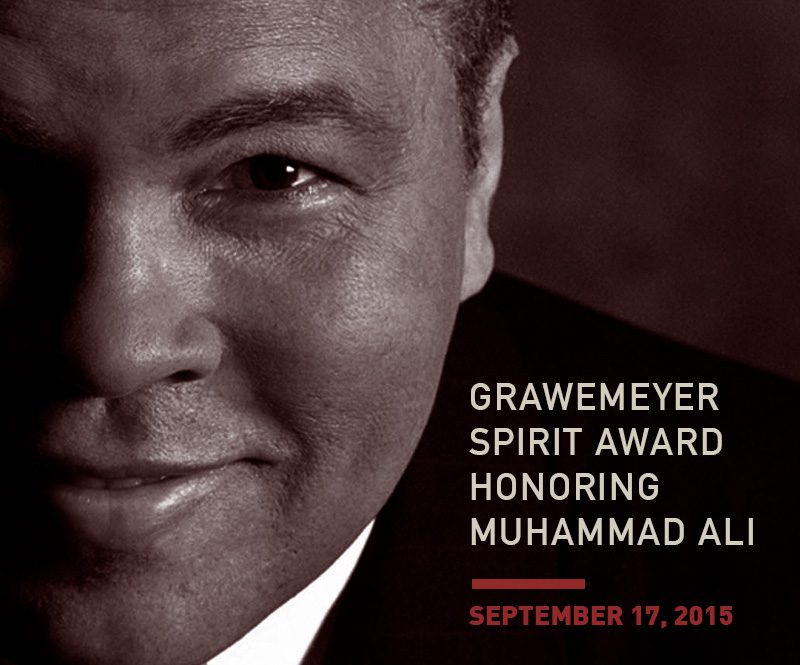