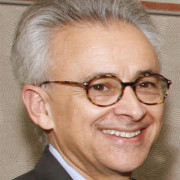 Antonio Damasio, a psychology, neuroscience and neurology professor at the University of Southern California, received the prize for his somatic marker hypothesis, a proposal that emotions influence the way people make decisions.

Damasio developed the idea after years of gathering evidence that people with certain brain injuries had difficulty making personal and social decisions even when their intellects remained intact. His studies led him to suggest that the brain process used to evaluate choices involves emotion as well as rational thinking.

Although his proposal ran counter to dominant theories in his field, it inspired many other experiments in the United States and Europe and has since had a major influence in contemporary psychology, neuroscience, neurology, psychiatry and philosophy.

“Damasio’s pioneering work showed that emotions, by way of decision-making, are indispensable for the construction of social behavior, and that specific brain systems are responsible,” award director Woody Petry said.

“His work has had an impact in the study of drug addiction, social communication, neuroeconomics, the biology of moral decisions—even education and the law.”

UofL presents four Grawemeyer Awards each year for outstanding works in music, composition, world order, psychology and education. The university and Louisville Presbyterian Theological Seminary jointly give a fifth award in religion. This year’s awards are $100,000 each.

Since 1996, when Antonio Damasio unveiled the core of his somatic marker hypothesis in a Proceedings of the Royal Society article, scholars have cited his writings about the idea more than 30,000 times.

Four of his books have been translated into more than 20 languages and used in universities worldwide. He has written nearly 400 scientific articles.

He belongs to academies of science in Europe and America, including the National Academy of Science Institute of Medicine and the American Academy of Arts and Sciences, and is a fellow of the Association for Psychological Science.

Damasio was appointed to the Library of Congress Kluge Scholars Council in 2009 and previously served on the MacArthur Foundation Scientific Advisory Board and University College’s Institute of Neurology Oversight Board.

He is a former president of the Behavioral Neurology Society and the Academy of Aphasia.

He holds a doctorate and medical degree from University of Lisbon in his native Portugal and has received many honorary doctorates from universities in Europe and America.