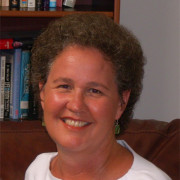 So says Linda Darling-Hammond, a Stanford University education professor who has won the 2012 University of Louisville Grawemeyer Award in Education for her 2010 book, “The Flat World and Education: How America’s Commitment to Equity Will Determine Our Future.”

The United States no longer leads the world in education because it spends far less on low-income and minority students than it does on affluent students, Darling-Hammond found. Her research shows that although nations in Europe and Asia fund schools centrally and equally, the wealthiest American school districts spend nearly 10 times more than the poorest.

In particular, U.S. black and Hispanic children consistently fall below global academic norms because they have less access to well-prepared teachers and engaging classes than white and Asian students, she found.

“She does a masterful job of showing how giving all children the same opportunity to receive a good education can help our nation stay competitive in an increasingly globalized society,” said Diane Kyle, acting faculty director for the award.

From 1994 to 2001, Darling-Hammond directed the National Commission on Teaching and America’s Future, a blue-ribbon panel whose 1996 report led to sweeping policy changes affecting teaching and teacher education. A member of the National Academy of Education, she is also former president of the American Educational Research Association.

UofL presents four Grawemeyer Awards each year for outstanding works in music composition, world order, psychology and education. The university and Louisville Presbyterian Theological Seminary jointly give a fifth award in religion. This year’s awards are $100,000 each.

Linda Darling-Hammond, the Charles Ducommun Professor of Education at Stanford University, is widely considered a leading voice in education.

A former public school teacher, she has since become one of the most influential scholars in her field, working for nearly 30 years with teachers, schools and policy makers to improve the educational process.

In 2006, Education Week named her one of the most influential people affecting education policy over the last decade.

From 1989 to 1998, she was the William F. Russell Professor of Education at Teachers College, Columbia University, where she also co-directed Columbia’s National Center for Restructuring Education. At Columbia, she also chaired New York State’s Council on Curriculum and Assessment, helping develop a comprehensive school reform plan for the state.

Since joining Stanford in 1998, she has launched the Stanford Center for Opportunity Policy in Education, a center that conducts research and policy analyses in support of greater equity and opportunity, and the School Redesign Network, an effort to help urban school districts redesign their schools and offices to improve education outcomes.

Darling-Hammond holds a doctorate of education from Temple University and a bachelor’s of arts degree from Yale University.

She has written, co-written or edited more than a dozen books, including “Powerful Learning: What We Know About Teaching for Understanding” and “Preparing Teachers for a Changing World: What Teachers Should Learn and Be Able to Do,” and has published more than 300 articles on education policy and practice.

Her Grawemeyer-Award winning book, “The Flat World and Education: How America’s Commitment to Equity Will Determine Our Future,” was published by Teachers College Press at Columbia.