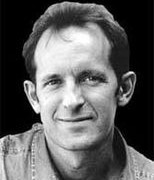 The violent struggle over civil rights in 1964 Mississippi shows what happens when God’s will is interpreted through radically different filters of beliefs. In his book “God’s Long Summer: Stories of Faith and Civil Rights,” Charles Marsh takes an in-depth look at one historical moment when those beliefs clashed violently.

Marsh’s work has earned the 1998 award. The award is presented jointly by the Louisville Presbyterian Theological Seminary and the University of Louisville.

Marsh is professor of theology and director of the Project on Theology and Community at Loyola College in Baltimore, Md. “God’s Long Summer” was published in 1997 by Princeton University Press.

In the book, Marsh follows the lives of five people of faith in Mississippi’s volatile, racially closed society during the 1964 “Summer of Freedom.” Some of the names are familiar, including civil rights activist Fannie Lou Hamer; Sam Bowers, grand dragon of the Ku Klux Klan; and Cleveland Sellers, a staff member of the Student Non-violent Coordinating Committee whose experiences moved him to take a more militant position as the spiritual leader of black power.

He also profiles Methodist minister Ed King, who led a campaign of crashing doors of segregated-white churches to integrate their congregations, and William Hudgins, a Southern Baptist preacher and eloquent advocate for the status quo.

Marsh encourages the reader to understand the perspectives of each of the subjects. By doing so, he asks the reader to ponder whether the Christian faith is so malleable that a believer may justify any action or whether there is, finally, a norm that describes a central, unshakable conviction as to what is “good.”

A professor at Loyola since 1990, Marsh holds a master of theological studies degree from Harvard Divinity School and a doctorate in philosophical theology from the University of Virginia.

Marsh was born and raised in the church. A native of Mobile, Ala., he received much of his early religious education from his father, a Southern Baptist preacher who was instrumental in desegregating the church in the South, and his mother, a devotional writer and speaker.

Marsh attended public schools in Alabama and Mississippi and studied English literature at Gordon College in Wenham, Mass. He earned a master of theological studies degree from Harvard Divinity School and a master’s degree and doctorate in philosophical theology from the University of Virginia.

Since fall 1990, Marsh has taught theology and ethics at Loyola College in Baltimore, Md. He has helped establish the college’s service/learning initiative, helping integrate social justice internships into the curriculum. As part of the initiative, he helped establish the spring-break immersion experience at the Voice of Calvary in Jackson, Miss., an intentional interracial community in a low-income, high-crime neighborhood.

In 1996, Marsh received a $158,000 grant from the Lilly Endowment to create and direct the Project on Theology and Community at Loyola. The project is designed to help understand the relation between theological beliefs and the shape of particular communities, with a specific interest in the formation of racial perception. He hopes through the project to bring scholarly resources to bear on the renewal and rebuilding of local communities.

In addition to the Grawemeyer-winning “God’s Long Summer: Stories of Faith and Civil Rights,” Marsh wrote “Reclaiming Dietrich Bonhoeffer: The Promise of His Theology.” He is working on a book titled “The Beloved Community: An American Search.”