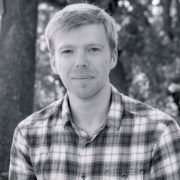 “Play,” a 47-minute orchestral work by American composer Andrew Norman, is the winner of the prestigious 2017 University of Louisville Grawemeyer Award for Music Composition.

In three movements, “Play” explores the relationship of choice and chance, free will and control. It investigates the ways musicians in an orchestra can play with, against, or apart from one another; and maps concepts from the world of video gaming onto traditional symphonic structures to tell a fractured narrative of power, manipulation, deceit and, ultimately, cooperation.

“Play” was commissioned by the Boston Modern Orchestra Project, with funding from Music Alive, a national residency program of the League of American Orchestras and New Music USA. The Boston Modern Orchestra Project performed the piece’s premiere in 2013, and released a recording on its own label.  Since then, the piece has garnered considerable attention and critical acclaim. It was nominated for a Grammy Award for Best Classical Contemporary Composition, and critic and musicologist William Robin said it “might be the best orchestral work that the twenty-first century has seen thus far.” In October, the Los Angeles Philharmonic gave the premiere performance of “Play” in its revised form.

“ ‘Play’ combines brilliant orchestration, which is at once wildly inventive and idiomatic, with a terrific and convincing musical shape based on a relatively small amount of musical source material,” said Award Director Marc Satterwhite. “It ranges effortlessly from brash to intimate and holds the listener’s interest for all of its 47 minutes—no small feat in these days of shortened attention spans.”

Norman, a Los Angeles-based composer of orchestral, chamber and vocal music, draws on an eclectic mix of instrumental sounds, notational practices and non-linear narrative structures in his work. His symphonic music has been performed by leading ensembles worldwide, such as the Los Angeles Philharmonic, New York Philharmonic, Royal Concertgebouw and the Orchestre National de France.  Norman has won both the Rome Prize and the Berlin Prize, the Guggenheim Fellowship and was a finalist for the Pulitzer Prize in Music in 2012 for his string trio “The Companion Guide to Rome.” He recently was named Musical America’s 2017 Composer of the Year. Norman’s music is published exclusively worldwide by Schott Music.

All 2017 Grawemeyer Award winners will be announced this week, pending formal approval by the university’s board of trustees. The University of Louisville presents the prizes annually for outstanding works in music composition, ideas improving world order, psychology, and education, and gives a religion prize jointly with Louisville Presbyterian Theological Seminary. The 2017 winners will present free lectures about their award-winning ideas when they visit Louisville in April to accept their $100,000 prizes.

Dana Burde receives world order award for “Schools for Conflict or for...
Scroll to top