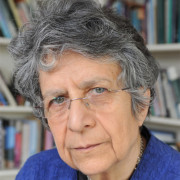 A feminist scholar at Harvard University has earned the 2013 Louisville Grawemeyer Award in Religion for explaining why a growing number of Muslim women in the United States are wearing veils.

Leila Ahmed, Harvard’s Victor S. Thomas professor of divinity, received the prize for ideas set forth in her book, “A Quiet Revolution: The Veil’s Resurgence from the Middle East to America.” Yale University Press published the book in 2011.

Ahmed wrote the book after noticing that more and more American Muslim women over the past decade wore veils as they went about their daily lives. At first, she thought the change indicated a rejection of the women’s equality. However, she ultimately found just the opposite to be true—some of the women wore the veil as a symbol of activism for justice and social change.

Ahmed interviewed young Muslim feminists, Arab nationalists, pious Islamic daughters, American Muslim immigrants and Islamic activists for her book. She discovered that in the context of contemporary American Islam, wearing a veil can represent a call for equality.

“The book is an incredible eye-opener,” said Shannon Craigo-Snell, a theology professor at Louisville Presbyterian Theological Seminary who directs the religion award. “It offers education, insight and hope.”

Not only does Ahmed “explain the multiple meanings of the veil within the diverse traditions of Islam, but she argues that right now, in post-9/11 America, the veil is taking on new meanings in the interplay between Islamic activism and the American tradition of struggle for liberty and justice for all.”

The University of Louisville presents four Grawemeyer Awards each year for outstanding works in music composition, world order, psychology and education. The university and seminary jointly give a fifth award in religion. This year’s awards are $100,000 each.

Leila Ahmed has taught women’s studies in religion at Harvard Divinity School since 1999.

An Egyptian-American scholar focusing on Muslim feminism, Ahmed is best known for her work on the historical and social status of women in various Muslim communities. In particular, she has examined women’s roles in relation to Islam, fighting stereotypes both inside and outside the Muslim world.

Born in 1940 in Cairo to an Egyptian father and Turkish mother, she later earned a doctoral degree from the University of Cambridge and moved to the United States to teach and write. While living in Europe and the United States, she struggled to reconcile her Muslim Egyptian identity with Western values.

In nearly all of her writings, she strives to dispel myths and misconceptions about Islam held by non-Muslim people.

In 1992, she wrote “Women and Gender in Islam: Historical Roots of a Modern Debate,” which argues that male interpretations of Islam—rather than Islam itself—led to the oppression of women in the Middle East. Scholars today regard the book as a pivotal work.

In her 1999 personal memoir, “A Border Passage: From Cairo to America,” she describes being introduced to Islam by her grandmother as a child and later coming to recognize the religion as different from the “official Islam” practiced by a largely male religious elite.

In 2002, she was an adviser for the award-winning PBS broadcast documentary “Muhammad: Legacy of a Prophet.”

Ahmed has been a strong critic of Arab nationalism, describing it as a form of imperialism that has eroded the diversity and culture of both Arab-speaking nationals and non-Arabic minorities in the Middle East and North Africa.

She continues to challenge Muslim and Western feminists to redefine the diverse religious and cultural heritage of the Middle East.

Grawemeyer Award winners to give public talks
Scroll to top