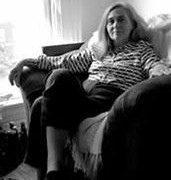 “Gilead,” a book by Marilynne Robinson that earned this year’s 2005 Pulitzer Prize for Fiction, also has claimed the 2006 Louisville Grawemeyer Award in Religion.

It is the first time a novel has won the Grawemeyer religion prize, which is given jointly by Louisville Presbyterian Theological Seminary and the University of Louisville.

Described as “profoundly theological but never preachy,” Robinson’s book takes the form of a diary written in the late 1950s by John Ames, a third-generation Congregationalist minister in the small town of Gilead, Iowa. As Ames’ heart is failing, he writes the diary as a legacy to his young son.

Ames reflects in the diary on his life and ministry and on the often tangled relationships of fathers and sons. His theological musings, a seamless part of the story, evoke thought about God’s continuous re-expression, how Christ stands waiting to take sins upon himself and how the “other” remains life’s greatest mystery.

The book, which has drawn high praise in both secular and theological quarters, “contributes mightily to the practice of the presence of God,” said a member of the Grawemeyer award review committee.

The novel by Robinson, who lives in Iowa City and teaches at the University of Iowa, was selected from among 53 nominations. Last year’s award went to University of Notre Dame professor George M. Marsden for his biography of colonial preacher and theologian Jonathan Edwards.

Marilynne Robinson is widely regarded as one of America’s best contemporary writers.

Early in her career, she wrote essays and book reviews for “Harper’s,” “Paris Review” and “The New York Times Book Review.” At the same time, she served as writer-in-residence and visiting professor at several colleges and universities, including Amherst College, the University of Massachusetts and the University of Kent in England.

Her first novel, “Housekeeping,” was published in 1981. Now regarded by many critics as an American classic, the book tells the story of two girls growing up in rural Idaho in the mid-1900s. She also has written two non-fiction books, “Mother Country,” published in 1989, and “The Death of Adam: Essays on Modern Thought,” published in 1998.

Over the past 14 years, Robinson has devoted much of her time to teaching other writers as a professor at the annual University of Iowa Writers’ Workshop. In 1997, she received the Strauss Living Award, a five-year, $250,000 stipend from the American Academy of Arts and Letters. However, she turned down the award’s virtual paid leave of absence after 18 months to return to teaching in the workshop. She also has taught since 1998 at the New York Writers’ Institute at Skidmore College.

Critics say that Robinson has a gift for writing books with wide appeal that are praised by theologians and non-theologians alike. “For some reason,” Robinson herself has observed, “it is not conventional for serious fiction to treat religious thought respectfully.”

Robinson holds a Ph.D. in English from the University of Washington in Seattle and a bachelor’s degree in American literature from Brown University.