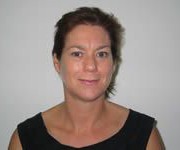 Aid agencies need to think things through when they give help, or they can end up worsening the problems they hoped to fix.

That warning, delivered by Fiona Terry, director of research for the French section of the international agency Doctors Without Borders, has won the University of Louisville Grawemeyer Award for Ideas Improving World Order in 2006.

However well intentioned, humanitarian aid can be misused, Terry warns in her 2002 book, “Condemned to Repeat? The Paradox of Humanitarian Action” (Cornell University Press). In the book, she documents cases in Zaire, Pakistan, Honduras and Thailand in which aid intended for refugees helped oppressors more than victims.

For example, groups continued to aid Rwandan refugee camps in the mid-1990s even though they knew the camps protected government officials who had committed genocide.

Terry provides a range of lessons and suggestions in her book for improving the performance of humanitarian aid providers and ensuring that such organizations “do no harm,” award judges said.

Terry, winner of the 16th Grawemeyer world order prize, was selected from among 56 nominations from six countries. The 2005 world order award went to Francis Deng and Roberta Cohen for developing guidelines for an international protection and aid system for people who are displaced within their own countries.

Fiona Terry has dedicated most of her life to helping people in countries involved in struggle and conflict, a task that has taken her all over the globe.

She wrote the first draft of her prizewinning book at Australian National University, where her research was partly funded by a grant program established by Gareth Evans, former Australian foreign minister and winner of the 1995 Grawemeyer Award for Ideas Improving World Order.

Terry now works as a delegate for the International Committee of the Red Cross in Yangon, Myanmar, promoting knowledge of humanitarian principles and law to academics, students, government officials and the military.

From 2000 to 2003, she was research director for the French section of the Nobel Prize-winning organization Doctors Without Borders (Medicins Sans Frontiers or MSF). In that position, she supported aid workers in the field by offering in-depth analyses and advice related to situations in Angola, Sierra Leone and North Korea. Before that, she worked as an information officer for MSF in Rwanda.

Previously, she worked in a variety of other positions for MSF, spending time in Liberia, Tanzania and Somalia and working as a field officer for the United Nations High Commissioner for Refugees. She also worked for CARE Australia in Vietnam, Somalia and Northern Iraq.

In the mid-1990s, Terry toured the United States and Australia to draw public and governmental attention to the issue of the abuse of humanitarian aid.

Among her publications are an article appearing in The Lancet on military involvement in refugee crises and a book chapter published by The Brookings Institution about the work of non-governmental organizations in disrupted states.