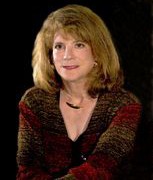 A psychologist noted for her study of human memory and how it can be altered has won the 2005 University of Louisville Grawemeyer Award for Psychology.

The fifth awarding of the $200,000 prize for outstanding ideas in the field of psychology is to Elizabeth Loftus, whose research on false recollections and the reliability of eyewitness reports and memories “recovered” through therapy has affected the way law enforcement agencies and the court system view such testimony.

The psychologist has shown that people not only forget but also falsely remember, meaning that they sincerely and vividly can recall events that never happened when information suggested to them becomes entwined with their memory of what actually happened. She points out that the individual may not be able to separate the real threads of memory from the added strands of suggestion.

Loftus’ research has implications for law and for psychotherapy’s methods of probing memory. Interest in both has led to her popularity as a speaker, author, journal editorial board member and expert trial witness. She has testified or consulted in many nationally publicized cases, including trials involving Michael Jackson, Rodney King and the Oklahoma City bombing. Her many honors include both of the American Psychological Society’s top awards and an American Psychological Association award; she also has been elected to the National Academy of Sciences and the American Academy of Arts and Sciences.

Elizabeth Loftus — known for her study of how memories can be reshaped into false recollections — is distinguished research professor at University of California-Irvine, with positions in its psychology and social behavior department, criminology, law and society department and cognitive sciences department. She also is a fellow of UCI’s Center for the Neurobiology of Learning and Memory.

She has been an expert witness or consultant in hundreds of high-profile legal cases, including trials of the officers accused in the Rodney King beating and cases involving Michael Jackson, the “Hillside Strangler,” the Menendez brothers, Abscam and the Oklahoma City bombing case.

Loftus earned her psychology doctoral (1970) and master’s (1967) degrees from Stanford University and her bachelor’s degree in mathematics and psychology (1966) from the University of California-Los Angeles. She also has honorary doctorates from Miami University, John Jay College of Criminal Justice, Leiden University in the Netherlands and University of Portsmouth in England; the latter university endowed a research dissertation prize in forensic psychology in her name this year.

She served on the New School University’s graduate faculty before joining the University of Washington’s faculty in 1973; she taught psychology and law at Washington for 29 years. Loftus also has been a visiting faculty member at Harvard University, University of Nevada and Georgetown University. Academic fellowships included three at Stanford and one at Harvard.

Loftus has written or co-authored 20 books, including “The Myth of Repressed Memory,” “Eyewitness Testimony: Civil & Criminal,” “Psychology,” “Witness for the Defense: The Accused, the Eyewitness and the Expert Who Puts Memory on Trial” and “Human Memory: The Processing of Information.” A frequent public speaker, she also has served on editorial boards of many academic journals and has published more than 350 scientific articles.

Besides her publications, Loftus has served as consultant for the U.S. Department of Justice, U.S. Secret Service, Internal Revenue Service, Federal Trade Commission, General Services Administration and the Law Reform Commission of Canada and for attorneys and other legal professionals in 34 U.S. states and numerous other countries.